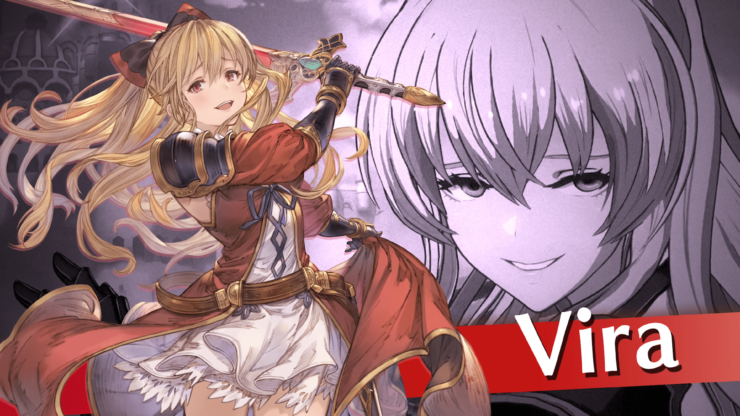 Cygames and Arc System Works usually are not finished with Granblue Fantasy: Versus. As such, they not too long ago introduced a new DLC character that is going to be launched in December. The character was introduced throughout Cygames’ summer season Livestream final weekend. During the stream, they took the chance to announce that the fan-favorite character “Vira” (Or relatively, Vira Lillie) will be part of the struggle in Granblue Fantasy: Versus.

Vira is a commander raised within the Albion Citadel fortress metropolis. She grew up alongside Katalina, whom she cherished as a sister and worshiped as an idol. Vira ascended by means of the ranks due to being a really astute tactician and a prodigious blade grasp. Nevertheless, her adoration for Katalina quickly turned an obsession when Katalina misplaced to Vira in a duel for the title of Lord Commander on goal. After Vira earned the title of Lord Commander, Katalina got down to the skies. And now, it looks as if Vira will come alongside. Watch the trailer under:

If you happen to’re questioning precisely how “Obsessed” about Katalina we’re speaking about… To illustrate that Vira really has a diary that is all about Katalina. The truth is, in Granblue Fantasy, one can witness a duet dance scene between Vira and Katalina as soon as she reaches Max Degree 60-70 of the sport. Perhaps this will likely be introduced up in Granblue Fantasy: Versus, too!

Anyhow, additional particulars about Vira’s playstyle and moveset will likely be launched at a later date. The character is anticipated to be launched throughout December, however no concrete launch date has been given but. Does this imply that there will likely be a 3rd Character Go, too? Who is aware of? Perhaps extra particulars concerning that can present up later this 12 months.

For now, let’s do not forget that Granblue Fantasy Versus is presently obtainable on PlayStation 4 and PC (Steam). It is also potential to play this recreation on the PlayStation 5 by means of backwards compatibility.