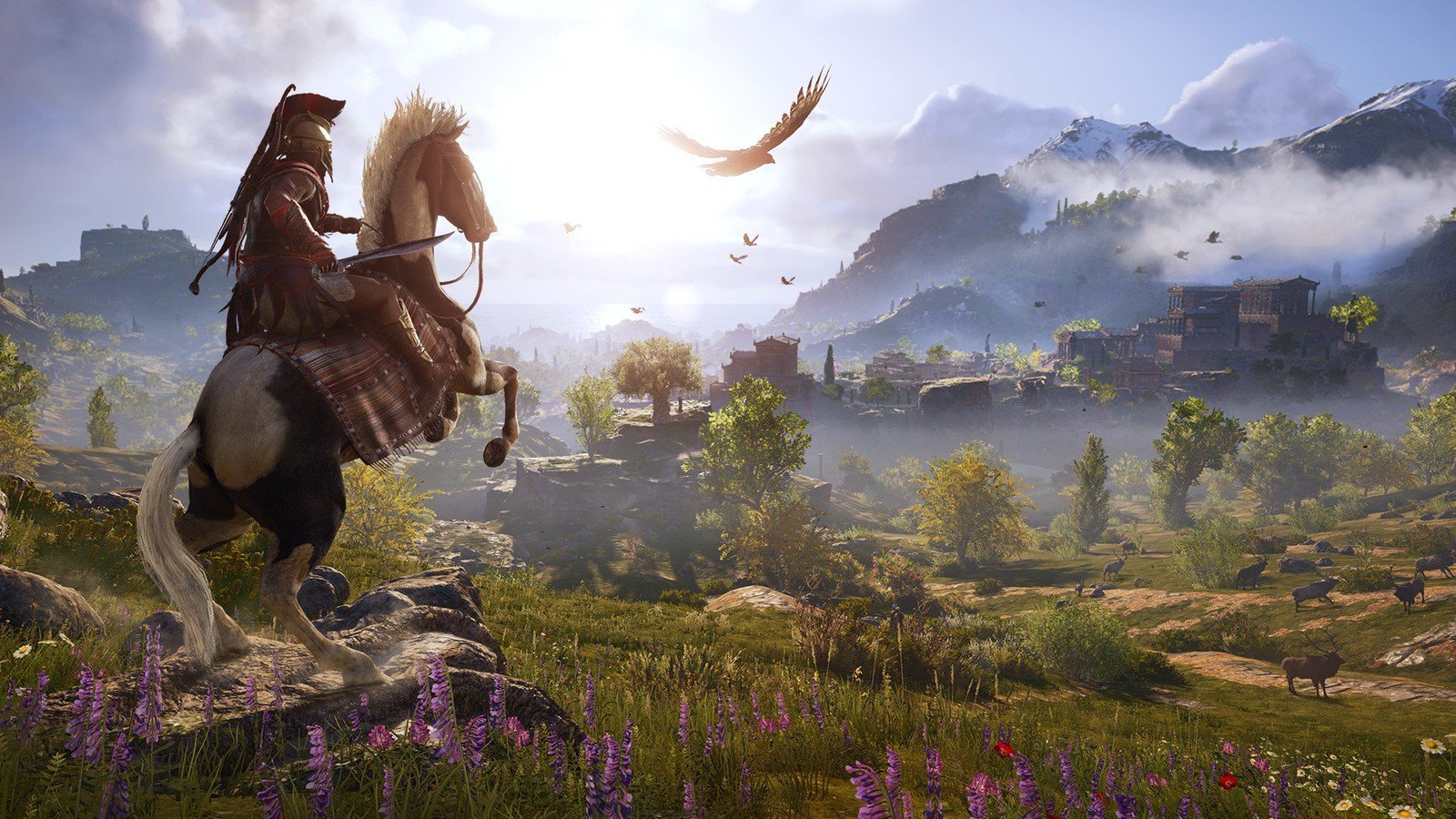 The Assassin’s Creed franchise by Ubisoft has been a success since the release of their very first title and has titles which have been successful no matter what platform they’re being played on. Even their movies have been quite successful. Although there have been titles in the past where Ubisoft was experimenting around with newer things to add to the game and could not deliver content which was up to the mark as in the case of Assassin’s Creed III or Assassin’s Creed Unity, they have always bounced back with excellent customer service and a sense of general care for their community. Even beyond that, the stories to these games have always been gripping and made the player come back for more time and again.

However, this time around with Assassin’s Creed Origins, the story itself was the problem with the game. AC Origins lets you play using two different characters, Kassandra and Alexios. They recently released a new DLC which ends with the character of your choice in a heterosexual relationship which also yields a child. This featured decision did not go well with the LGBTQ+ community as they felt forced into the plot of the game. The people who were simply not interested in having any relationships at all also shared the same opinion.

Assassin’s Creed’s Creative Director Jonathan Dumont stated that the entire purpose of placing characters into romantic relationships was to focus on the preservation of their bloodlines and how bloodlines have long-lasting effects on the Assassins. He also said apologised for the direction which he took the game by stating that it was a narrow line which the developers were walking. He said:

“Our goal was to let players choose between a utilitarian view of ensuring your bloodline lived on or forming a romantic relationship. We attempted to distinguish between the two but could have done this more carefully as we were walking a narrow line between role-play choices and story, and the clarity and motivation for this decision poorly executed.”

In a recent Production Update, Ubisoft stated that they took the responses to the relationship into consideration and would soon release an update where players can choose to not engage in relationships at all along with a new cutscene which will be reflective of their choices. Furthermore, they also promised that further episodes of the DLC which would be released would have content designed to vary based upon the choices of the players. They stated:

“After hearing player feedback and discussing within the development team we are making changes to a cutscene and some dialogue in Shadow Heritage to better reflect the nature of the relationship for players selecting a non-romantic storyline. These changes, along with renaming a trophy/achievement, are being made now and will be implemented in an upcoming patch.”

Beyond that, there is also another party of critics who dislike the idea of having relationships inside the game stating that ‘they distract from the main gameplay.’ While pleasing everyone is certainly not possible, Ubisoft has found a way to find common grounds with everybody involved and manage to take the game in a newer direction while still preserving the artistic value of the same.