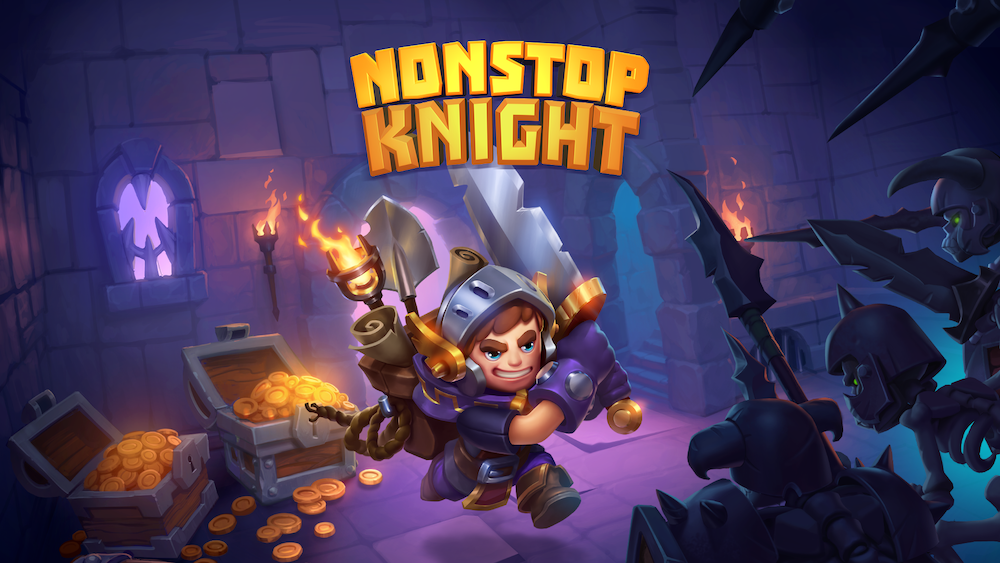 Nonstop Knight is an idle RPG Clicker game which combined the RPG element of Diablo with that of other idle clicker games. The game itself gained widespread popularity and even had a spin-off from the same developers. Now, Flaregames has announced the sequel to the idle clicker RPG which is expected to drop sometime this year and will be developed in conjunction with Kopla Games.

The original game scored 15 million downloads in total during its release in 2016, two million of which were accumulated all in two days following the release of the game. This newfound success also pushed Flaregames to be named as the best Finnish Gaming company in 2017.

“Ever since the launch of Nonstop Knight, we’ve been continuing to experiment with different ways of maintaining action RPG authenticity in made-for-mobile experiences,” said Kopla Games CEO Mika Kuusisto. “Nonstop Knight 2 is a culmination of these new ideas and the solid foundations laid by the original game, which we can’t wait for players to play later in 2019.”

Nonstop Knight 2, the sequel to the 2014 game, will have many new features to keep the players immersed in the game and will have a more immersive nature to it than its predecessor. The game itself features upgradable skills and special attacks which can be deployed while the Knight keeps fighting hordes of monsters on his own. This mix of management and RPG has created more of a revolution in the PRG gaming world and players can’t have enough of it.

The new game will feature more ways to shape and grow your knight along with more diverse strategies to the gameplay. The progressions system is reported to have an overhaul and will be more expansive than before. Finally, the game will also have a wide diversity in loot as well as a social component which will have a significant impact on the loot found in game.

“We are very proud of Nonstop Knight and we are excited to be working so closely with the Kopla team to deliver a worthy successor,” said Flaregames CEO Todd English. “Nonstop Knight 2 is already looking very special and should set a new benchmark for action RPGs on mobile.”

With the announcement of the new game, fans of the franchise are eagerly waiting for a tentative date for the title to be released now that they know that it is upcoming. The next step for the company its arrival whenever they Kopla Games and Flaregames can agree on a common date to publish it.