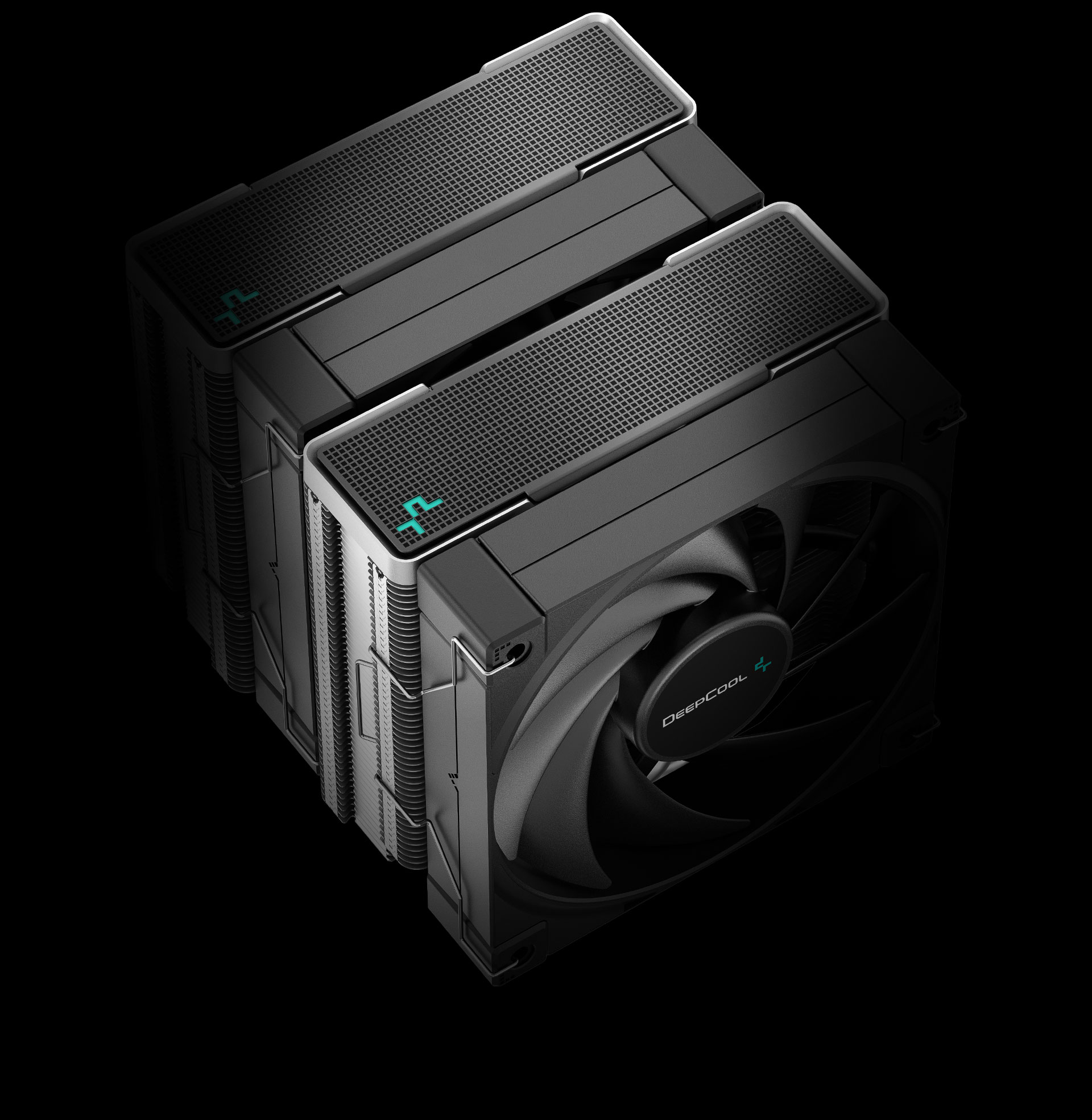 DeepCool has formally launched its high-performance & dual-tower CPU cooler, the AK620 which comes with a modern design and assist for present and upcoming socket sorts.

The DeepCool AK620 is a modern and trendy CPU cooler that sports activities a dual-tower design. The cooler sits between the Murderer III and the AS500. The Murderer III nonetheless leads cooling efficiency inside DeepCool’s lineup however the AK620 is true there with its 260W thermal dissipation energy (a mere 20 Watts decrease than the Murderer III). The CPU cooler will likely be a pleasant match for any mainstream desktop PC. For HEDT use, DeepCool recommends Intel’s lineup in comparison with AMD’s Threadripper resulting from their greater 280W TDP.

Coming to the design and aesthetics, the DeepCool AK620 comes with a trendy cowl on the highest of the 2 heatsink towers which incorporates a mesh format and the brand new DeepCool brand. The towers are made out of a number of aluminum fins which have a top of 160mm. Every fin-array tower incorporates a six copper warmth pipe stack which is linked to the bottom of the heatsink. The bottom is a precision-machined convex copper base and the entire heatsink is cooled by two 120mm FDB followers that are rocking the same black design as the highest covers and ship an airflow of 68.99 CFM & produce lower than 28 dBA noise. These followers function fluid dynamic bearings for low noise operation and function at 500-1850 RPM with a rated lifespan of fifty,000 hours.

DeepCool has additionally acknowledged to supply a better set up course of for each Intel and AMD platforms by offering further instruments (included with the cooler).

There’s at present no phrase on pricing however DeepCool has instructed us that they are going to have the LGA 1700 mounting bracket out there for its coolers together with the AK620. We’ll preserve you up to date as we hear extra.